The worldly spirit in monachism

`Father, many people tell us: Here you’re living like in heaven.`

`Pray not to lose the other heaven. I would have preferred to see the laymen impressed by your spiritual progress, without being aware of that yourself and without making a purpose from it – this being reached by itself, naturally, inwardly. Try not to lose yourself in useless things so that you won’t lose Christ. Try as much as you can to gain monastic consciousness. Live spiritually as true nuns and do not forget Christ so that He may remember you as well. My purpose is not to upset you but to help you, tu support you, try to discern the worldly spirit – when this pervades monarchism it upsets Christ Himself – and get rid of it as being a foreign spirit.

Unfortunately the worldly spirit crept in many monasteries because some spiritual fathers of our times lead monarchism on a mundane path and they don’t guide the souls in the patristic spirit of Grace. I see an antipatristic spirit which prevails today in monasteries. They do not receive the good, the patristic, they do not live patristically, but levelling the spiritual heights in the name of obedience, of cutting self will and doing their profane wills they enjoy. In this way they do not progress, because they took with them the temptation, the profane spirit. We don’t have the right to explain the commandments of God as we like, nor do we have the right to present monachism as we like either. There is something else when we confess our weaknesses and ask humbly for the mercy of God. The worst thing in my opinion is the fact that some consider this profane spirit as a kind of progress. While they should perceive it as a fall and spit it out so that they may purify themselves spiritually and let the Holy Spirit come in quickly. The Holy Spirit is the One who sanctifies, announces and supports souls.

There are some who say : We have to show our civilization. What civilization are we showing? The profane one? We, the monks have to show our spiritual civilization, our spiritual progress. But where is our spiritual progress? We should not outrun the laymen in profane flourishing. This worldly progress torments the laymen and doesn’t it do it the same even more to the monks? We should have progressed so much spiritually that the laymen wanted to do  something themselves. If we do what a spiritual layman does this doesn’t help us either, cause we have the example of a spiritual layman. The monk doesn’t have as purpose to show a worldly evolution. This is an offense for the monarchism. The monk who thinks in a worldly manner is obvious that he didn’t find the right path. Although he started for Christ now his soul goes towards the world. The worldly evolution when it is considered progress leads the monarchism to spiritual decay.

How many things are being lost in monachism as they are lost in the world : honesty, respect which are backward. That’s why it hurts me and I feel like choking. I feel like going away in the mountains. Someone who has never lived anything higher isn’t that upset for the spiritual life he s living in his own way. But for another one who is forced to live in this way do you know what torment it is?

If Christ had considered me worthy of living monastically as I wished and I had died young, I would have considered it that I died in the front line. It is worth dying now, confessing, making a sacrifice, only for not being blasphemed the Holy Fathers.

Don’t we think a little at the Holy Fathers we are reading all the time, where they lived and how they lived? God said The foxes have dens but the Son of Man doesn’t have any place where to put His head. Terrible! And see how some tried to imitate Christ in caves. They felt Christ’s joy because they followed Him in everything. All their desire was there. The Holy Fathers made from the desert a spiritual delight but today we are making a profane party. Christ’s Church goes in the desert to find salvation and we are making a profane party from the desert so that people may be misled and find no avail and then have nothing to hold on. This is the great danger I see in these hard times we are living. Although for this reason we should live now more austerely to gain divine powers, unfortunately we change because of the mundane spirit and get weakened. Meaning that we chase away the spirit and it’s left only the carrion.

Today there are monks who live monarchism only on the outside. They don’t smoke, they live simply, read the Philocaly, quote from the Holy fathers. As those from the world who didn’t say lies, made the sign of the Cross, went to the church and when they grew up took heed at their moral way of living and thought that this is all the same things happen in certain monasteries and they laymen are drawn there. But when they come to know them they see they don’t differ from the laymen because they keep the profane spirit. If they had smoked, if they had read newspapers, talked about politics they would have avoided them as being like the laymen and the monarchism wouldn’t have been damaged.

When monarchism weakens spiritually then what will be the avail of the layman? The alcohol if we leave the bottle uncorked it loses all its strength. It doesn’t even kill microbes or light up flames. And if you put it in the lamp it burns the wick. In the same way the monk if he doesn’t take heed he draws away the divine grace and what’s left to him is only the schema. He is like the alcohol which lost its strength. He cannot burn the devil anymore. The light of the monks are the angels and the light of the laymen are the monks. Afterwards there is no more light. Do you know how much damage does the profane way of thinking?

If the spirituality is lost from monachism, then there is nothing left. Cause if the salt is altered it won’t be good not even as a fertilizer. The rubbish is good as fertilizer while the salt it is not. If you put it at the root of a plant it will burn it. Today we are in an epoch when monarchism must shine. In this rottenness there is a need for salt. If the monasteries don’t have a profane way of thinking but a spiritual condition, then this will be their offering for the society. They won’t need to speak or do anything else cause they will speak by their own life. This is what the world needs today.

Did you see where went the Catholics? I remember that a few years ago when I was at Stomiu Monastery in Konitsa somebody brought me a sheet of newspaper where it was written: `Three hundred nuns protested – why not to see a movie at the cinema? Why not to have their robes till the knee not till their toes? I was so much affected when I read this that I said – Why become nuns then? And then they wrote that all the nuns left their robes. But in the way they were thinking they had left them long before it. Once I saw a Catholic nun  who did not differ from a lay woman. She was doing apparently a missionary work and she was completely, as some of the most modern girls. We shouldn’t allow this European spirit – we shouldn’t reach till there.

`Father it seems hard for me to give up on the wordly way of thinking.

`Father, you said that the worldly spirit creeps in monachism and the spiritual zeal is lost. Will the true spirit of monachism be preserved?`

`Father, my mind wonders: Are there any communal monachal lives which to have a spiritual journey?`

`That’s the last straw, not to find these anymore!` The Theotokos would have took us all to the prison. There are monks who live a very spiritual life, very quietly.

There are virtuous souls in any monastery, in any metropolitan church. They are those who persuade God and for them He still bears us. 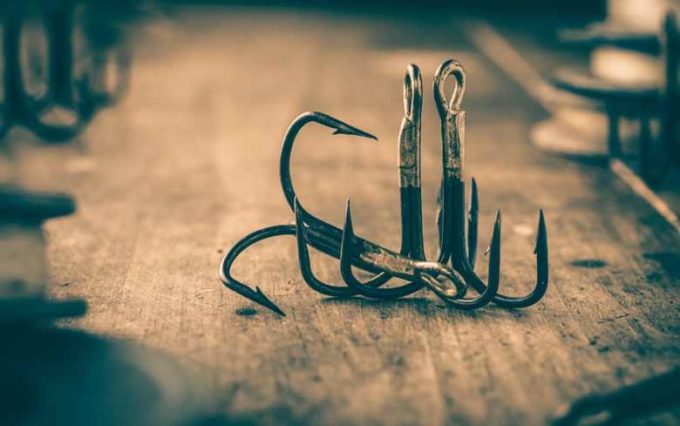 The worldly spirit is a disease

Today the main thing is not to shape ourselves after this worldly spirit. It is martyrdom. We should… 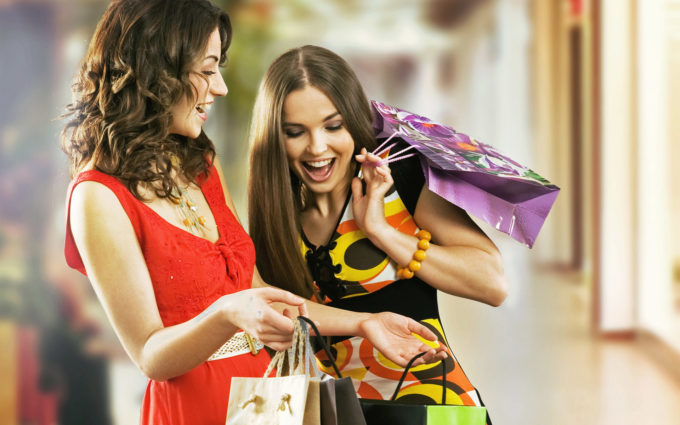 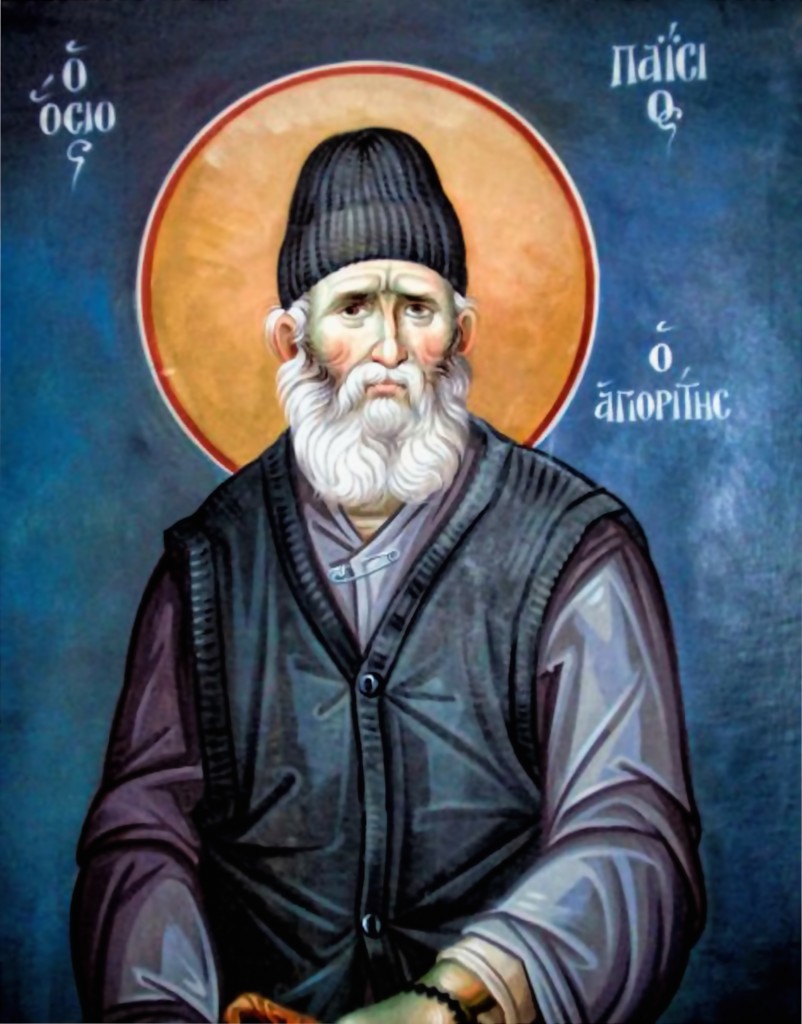