The Icon of the Holy Mother of God of Saint John Damascene is celebrated on 12th of July, 28th of June and 4th of December.

According to the tradition this icon of the Holy Mother of God was the most precious treasure of the family of Saint John Damascene (the 4th of December) kept in great honor in the house from Damascus.

In the 9th century during the time of iconoclasts, Saint John held speeches and wrote apologies for defending the icons. For this reason the iconoclast emperor Leo the 3rd the Isaurian (717-740), devised such a plan so that the caliph of Damascus would believe that saint John committed acts of betrayal against him. Hearing that the caliph got angry and dismissed him from his position and ordered to cut the right hand of his counselor John and then to hang it in the square from the centre of the city.

After the order of the caliph was fulfilled saint John was led to his house. He dared to ask from the tyrant for his cut hand and received it.

In the evening taking the cut hand he entered his chamber for prayer and kneeling before the Icon of the Most Pure and Holy Mother of God who had the Holy Infant in her arms he put the cut right hand at its place. Then he began to pray to the Holy Mother of God from the bottom of his heart to heal him. After long prayers, the Saint fell asleep and had a dream in which the Most Holy Mother of God turned towards him and promised him a fast healing.

After he woke from his sleep, Saint John found that his hand was unscathed. As a sign of his thankfulness he added to the Icon of the Holy Mother of God a third hand.

According to the tradition after this miracle Saint John wrote a hymn of gratitude to the Holy Mother of God.

`All of the creation rejoices in you, oh, full of grace…` which is sung instead of `It is truly meet to bless you, o Theotokos…` in the liturgy of Saint Basil the Great.

After that saint John gave his entire fortune, which was really big, to the poor and freed all his slaves and became a monk at the Monastery of Saint Sabba the Sanctified and gave the miracle maker icon to the lavra.

The Icon was kept in the lavra of Saint Sabba until the 13th century when Saint Sabba the first Bishop of Serbia (14th of January) came on a pilgrimage and the monks of the monastery gave it to him as a blessing. He took the icon to Serbia.

During an invasion of the Turks in Serbia some Christians wanted to protect the icon entrusting it to the Holy Mother of God to keep it safe. They put the icon on a donkey and set him free. After some time the donkey carrying the icon stopped before the Hilandar Monastery (The Holy Mountain)

Rejoicing the monks put the icon in the  katholikon – the main church of the monastery.

A miracle made by the Icon of the Holy Mother of God with three hands took place in the moment when the position of abbot became vacant and the monks started to quarrel for taking the place. In that moment the Icon of the Holy Mother of God `Trihirussa` moved alone from the place where it was and stopped on the chair of the abbot from the Church. Since then the Hilandar Monastery elects only a vicar and the monks go to the Holy Icon to receive blessing for every task they have as obedience. 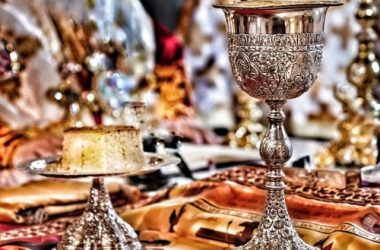 You, Christian, when you go to commune, believe with all your heart and mind and soul that the… 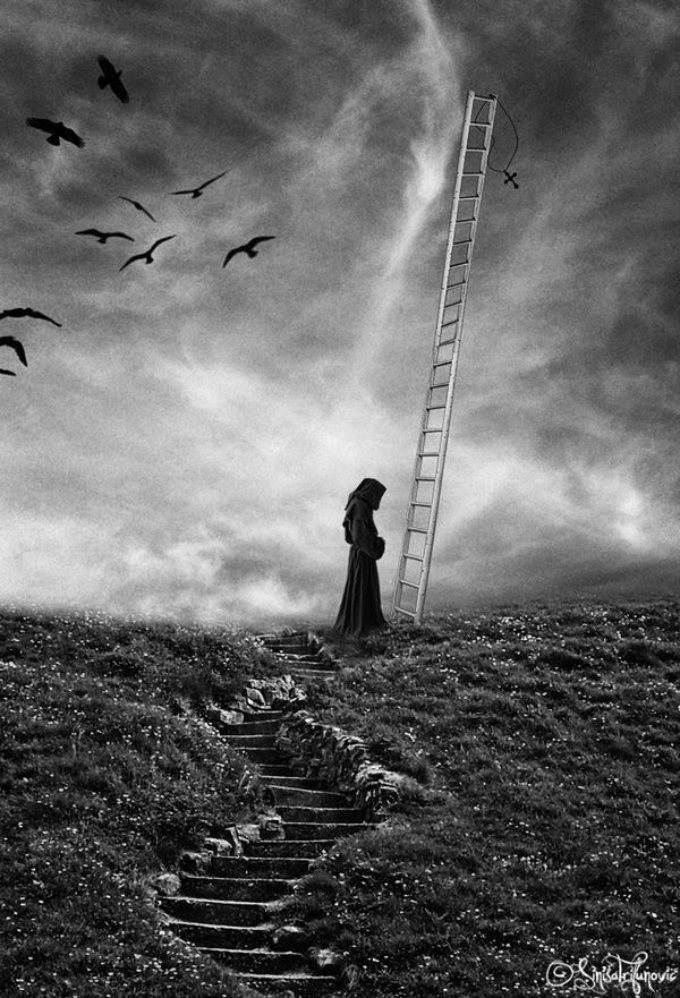 Abba Zosima said: I think that hell is the place where you cannot love.

THE LAST WORDS OF SAINT LUKE ARCHBISHOP OF CRIMEA

My children, I urge you insistently to arm yourself with the shield from God, to be able to…