Saint Demetrios: One shepherd, the other one governor, the same name in heaven and on earth

In autumn, at the end of October, we think about the fertility of the earth which feeds us but also about the spiritual fruit visible in the Saints of God.

The Orthodox Church celebrates on October 26th and 27th two men who took the name of Demeter – the Greek goddess of agriculture – and made it Christian.

They are two saints who are confounded by many due to their common name and the dates when they are celebrated. Although one of them was proconsul (governor) and the other one shepherd of cattle, they are surely equal in heavens. But their path to heaven was different.

At a distance of a millenium

The Great Martyr Demetrios, the myrrh springer lived in the 3rd century and the pious Demetrios the New the protector of Bucharest in the 13th century. From here it comes his appellative of New. The first one lived in the city of Thessaloniki on the territory of actual Greece and saint Demetrios the New in the village of Besserabi from actual Bulgaria

The church divides the Saints in several categories. This helps us to differentiate clearly the two Demetrios, one being martyr and the other one pious.

Demetrios the saint martyr came from a noble family who were hidden Christians. He was appreciated for his exterior nobleness and beauty for his wisdom and gentleness. He became from his youth a strategist and specialist in military art being named despite his young age as a general of the armies of Thessaly and proconsul of Greece by the roman emperor Maximian Galerius.

Pious Demetrios was born in a village. At the beginning he was a cattle shepherd  in the valley of Lom. He became a monk from a young age at a monastery which was in the neighborhood of his village, settled in a cave.

The lives of the two saints were completely different.

Demetrios the martyr died at a young age, being killed from the order of the emperor Maximian. This one had found out that his governor was Christian and he had urged a certain Nestorius to confront the vandal Lie – one of the emperor`s favourite fighters.

Saint Demetrios was thrown in spears and saint Nestorius was beheaded.

The life of pious Demetrios was a quieter one. In the cave from the valley of Lom the saint had fights with himself through fast, prayer and vigils. There are not so many details known about his life.

He reached an old age and was blessed with the gift of making miracles. He knew the moment of his death before it took place and then he lied down between two stone slabs and gave his bright soul in the hand of God

The body of saint martyr Demetrios was initially buried in Thessaloniki but in the period of the crusades or a bit later he was took to the West. His relics came back at the place of his martyrdom in 1980es The reliquary with his honored relics is found in the metropolitan cathedral from Thessaloniki the saint being considered as the spiritual protector of the city.

The life of pious Demetrios is not much known and his holy relics remained as well until they were discovered in a miraculous way. After a long time from his repose  the waters of Lom increased so much that they took the two stone slabs where the pious lied down before his death and also his corpse. According to the synaxaria God revealed in a miraculous way the holy relics. The saint appeared in dream to the daughter of some faithful people who suffered because of a demon. He showed her the place where were found his holy relics and promised her healing if her parents would take them out of water.

For a period of time the holy relics stayed at Besserabi and in 1774 were brought at the metropolitan cathedral (now patriarchal) from Bucharest, the pious being honored as the spiritual protector of the capital.

Almost  300.000 Romanians have the name of Demetrios or derived names

The problem of divorce 3 `Some Pharisees came to him to test him. They asked, “Is it lawful for… 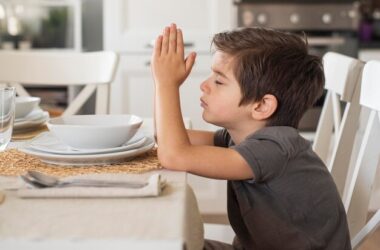 At the age of five according to the account of aunt Alexandra, he went regularly to the Holy…