God’s boundless love for us

To speak about love means to speak about God and this thing has no limits, God being endless. Most of the religions value love, compassion and empathy. Christian religion is called the religion of love for people, because many are the attributes specific to Christianity but more and stronger than anything else are mutual love and peace. (Saint John Chrysostom, Homily 31, 1, at Hebrews). Christianity considers love as having its roots in the essence of God. Saint John the Evangelist, the theologian of the divine love, expresses the plenitude of God’s being by the word of love: `God is love. Whoever lives in love lives in God, and God in them.` (I John, 4, 16).

God is love in His essence not only in relation with the man but with the whole world. He is love by His overflowing over the world but He was love before the creation of the world as well. Love implies two or more persons who love each other. God is a Trinity of Persons who love each other, communicate with each other and commune one from another. Through Christ we learnt that God is love, that God is our loving Father and we are His sons.

God – the lover of mankind

In the prayers and services of the Orthodox Church one of the most significant divine names for glorifying God is lover of mankind. The ritual of the Liturgy and of the sacraments, of the hierurgies and praises, the whole Orthodox cult comprises a multitude of texts by which is invoked  the love for the mankind of God, the lover of mankind. God remains in a transcendence inaccessible to the man as a being, since nobody has ever seen God (John 1, 18; 4, 12). However, He revelates Himself, He manifests in relation with the world He created and sustains it alive by His energies. The grace of love for the mankind has been lucrative in the whole history of the fall and of the salvation, since what is that which God has not done to be loved by us? What means hasn’t He used? What has He ignored? We offended God when He has never done anything wrong to us, on the contrary He has done us good, giving us plenty of blessings…Let us think how many times we offend Him even after all this plenty of blessings and He still comforts us, how many times we run away of Him and He doesn’t neglect us but comes in our way and draws us towards Him. If we meditate about all these, we will surely be able to light within ourselves that longing and love for Him. (Saint John the Chrysostom, Commentaries and explanation of the Epistle to the Romans). That is why, in another place, the same Holy Father urges us in the following way: `God offered us many ways of salvation; let us not disregard them` (Homilies at the Acts XXI, 4).

In their works, the Fathers of the Church made many references at Christ’s ineffable descent for us, for making us partakers of His divinity. In the patristic literature it was especially emphasized the Incarnation of the Son of God, seeing in this the modality through which the human nature may participate at the divine glory. The Incarnation of the Word, meaning His descent among the beings He had created and the complete assumption of the human condition represents the central moment of history. The Incarnation of the Son means the Revelation of the triune love: `God’s love was manifested by the fact that God sent in the world His only Son, so that we may live through Him. (I John 4, 9). The whole Holy Trinity participates at the Incarnation of Christ the Lord: in the essence of the Son, Who accomplished the mystery of our salvation by His Incarnation was present the Father in His essence, not incarnating Himself, but willing the Incarnation of the Son. And in the essence of the Son was present the Holy Spirit in His essence, not incarnating but collaborating with the Son and the ineffable Incarnation for us (Saint Maximus the Confessor, Answers to Talasius, answer 60, in Filocaly…vol.III) saint Maximus confirming and reinforcing the word of saint Paul who says that `God was reconciling the world to himself in Christ, not counting people’s sins against them. And he has committed to us the message of reconciliation.` (II Cor. 5, 19).

Christ remains forever the eternal lover: more loving than any other friend, more righteous than any master, more comforting than any father, belonging more to us than any of our limbs, more beneficial for us than our heart.` Our duty consists in answering to Him with our love and in answering to all the people with the power of love given by Him. Saint Simeon the New Theologian says in this respect: `God always wants to reveal and show His love for us so that we, by understanding and respecting His great kindness, may wish to love Him.` (Saint Simeon the New Theologian, Moral speeches, word 10, in Philocaly…, vol. VI).

As `the Son of God became man for us, showing that God is not far from us, since He values the man that much that He makes Himself man.` (pr. Stăniloae, quoted workd), let us sanctify ourselves for Him and answer with love to His Love and give ourselves wholly for receiving Him wholly, Christ wishing to continue His Incarnation within everyone of us. Referring at the prompt, positive answer the man has to give to God-Love, a Christian writer from the first centuries writes: `You gave Your heart, God to Your believers. You offered us Your friendship not because You needed us but because we always need You…He made Himself like me so that I may receive Him. He made Himself human like me so that I may cloth myself with Him. And I was not frightened by Him when I saw Him because He was merciful with me. He became like me to understand Him. He took a face like mine so that I may never turn my face from Him.` (Odes of Solomon – Christian prayers from Ist-IInd centuries, p. 169).

By Incarnation, the Son of God became our brother

Christ incarnated Himself to sanctify the human nature and to offer it the chance of deification. Saint Athanasius resumed this dogma as follows: `God made Himself man so that the man may become God.`(De incarnatione Verbi, 54), dogma which represents a synthesis of the Orthodoxy. We find this idea in the whole patristic literature. He became Son of man to make the men sons of God by grace. So Christ partook in everything belonged to us so that we may partake in what belongs to Him. This is Christ’s great love, that He loves us and He doesn’t want anything in change for this. How wonderful is the mystery of love! It makes God man and the man God. By Incarnation the Son of God became our brother and His Father became our Father.

The Incarnation became truth and certitude even for the simple man who intuited that it is the only salvatory truth, the only chance of the man offered due to the great Love of God. A story from the Limonarium by John Moshu, from the end of the 6th century is very illustrative in this respect. It relates that once a murderer being condemned to be beheaded, there was a monk who came behind him and who wanted to behead him. While going on his way seeing the monk coming after him said: `Don’t you have a cell, abba or anything else to do?` `I have a cell and work to do for sure.` `Then why don’t you stay in your cell to cry for your sins?` ` You are right, brother, says the monk, I do not care much about my salvation. That’s why I come to see how you die, so that in this way I may reach repentance.` `Go, abba. Sit in your cell and than God who saved us. Since the Lord Incarnated Himself and died for us, the man doesn’t die of eternal death.`(John Moshu, Limonarium, cap. 71).

God descends among men, became one like them, suffers and sacrifices Himself in their place. If in other religions the man is the one who sacrifices himself and God the One who receives that, in Christianity the one who sacrifices himself is mostly God, the man being mostly the receiver. The Resurrection of Jesus Christ is the love of God which ensures the victory of the human being, is the firstfruits of our resurrection. This is true love as it was understood by Gabriel Marcel in his famous saying: `To tell someone that you love him means to say: `you will never die` Referring at the plenitude of blessings showed by Christ by His Incarnation, Sacrifice and Resurrection, Peter the Damascene says: `What will we give in change to God for everything He gave us? For us God came among men. For the decayed nature The Word Incarnated Himself and dwelt within ourselves.God the Good Doer came to the ungrateful. The Redeemer came to the enslaved. The Sun of Justice came to those who sat in the dark. The One without passions went on the cross. The Light went in hell, the Life in death, the resurrection for the fallen ones. We shall praise Him: Glory to You, our Lord!`

About the salvation of the pagans and of the unbaptized babies

About the virtue of spiritual thoughts and dispositions (I) 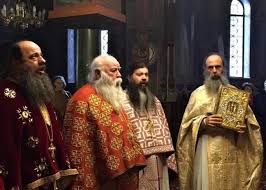 From a bird’s eye view, what power have these priests ? They don’t have any army or militia, they… 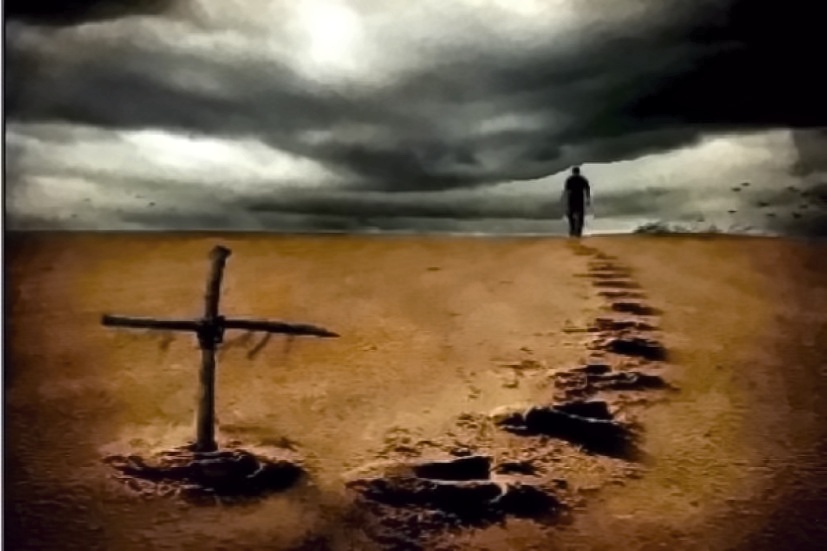 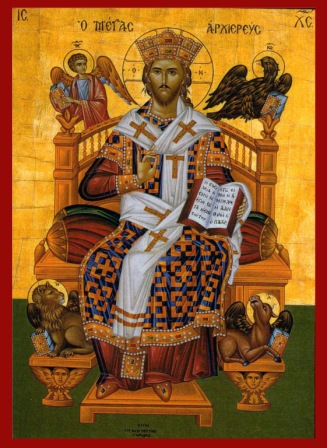 If the Saints tremble we, the sinners and the wretched, will do that even more