Those who get attached of the worldly things and are caught by the worries and troubles relating to them and live in pleasures are like that man who was running of an angry unicorn. He was running  for not being eaten and because he was running very fast he fell into a deep hole and falling, he raised his hands and took hold of a tree. Holding it tight and leaning with his feet of a ledge, he thought he escaped of the danger. Looking down, he saw two mice – one white and the other one black – who were gnawing without cease the root of the tree he was holding of and they almost gnawed it completely. Looking on the bottom of that pit, he saw an awfully looking dragon, which was breathing fire and had a terrible look and opened his mouth ready to swallow him. Looking at the ledge where he was keeping his feet, he saw four heads of snakes that were coming out of the wall he was leaning on. Looking above, he saw that from the branches of that tree some honey was drippling down. He forgot that outside there was the angry unicorn that was waiting to tear him down, that the tree he was holding on was ready to fall, that his feet were staying on an unsteady and slippery foundation, he tasted that bitter honey.

That`s how the people who fell into the deceit of the worldly life are, for the unicorn is the symbol of death which always chases Adam`s descendants and in the end swallows them; the pit is the whole world, full of all kind of bad deadly traps; the tree which is gnawed by the two mice is the path we walk, for as long as he lives, the man`s life is shortened by the permanent shift between day and night and the cut of the root is close; the four heads of snakes are the worthless and perishable elements the human body is made of – if these are in disorder, the whole structure of the body is altered; the fierce dragon who is breathing fire is the terrible womb of hell which is ready to swallow all those who choose the delights of the life of today instead of those of the world to come; the honey drops mean the sweetness of the pleasures of this world which awfully deceives those who love it so they stop taking care of their salvation.

Excerpt from Why I Am Not an Angel. Stories to spend time usefully– Sophia, 2018.

STRETCH YOUR ARMS AND HOLD THE WINDS

Abba, give me a blessing for the coming feast of the Birth of our Lord! I wish you… 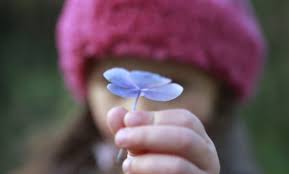 Anything can be forgiven. There is no wrong someone does to us that we cannot forgive.`God give me… 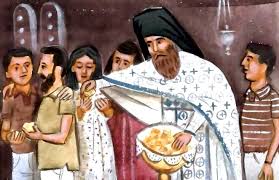 †Jeremiah, metropolitan of Gortina and Megalopoli Christian brothers, in my brief preach from today I shall speak to…